I am an extreme introvert.  That most know.  I would prefer to sit at home with just my husband and furkids or even a few friends than go out in a crowd just about any time.  The few times a year that I actually “go out” are generally preceded by an elaborate build up on my part that is so stressful, that I almost forget to have fun!  I have also suffered from anxiety and depression most of my life.  Although, I mostly try to work through these things on my own in silence.

I know that isn’t right, but after being told as a child, that my mental issues were something to be kept quiet about and never discussed, it is still hard for me to break free from that way of thinking.  Yeah, in the late 1970’s, depression, anxiety, childhood suicide, and being placed in a mental ward, were things a family hid from the world.  Mental illness was not viewed as something you publicly admitted that you needed help with, it was viewed as a dirty little secret.  Something you were supposed to deal with on your own.  Or simply STOP!

If only it worked that way.

So although I don’t talk about it often, I want you all to know that very often, anxiety and depression do not look like this on a daily basis. 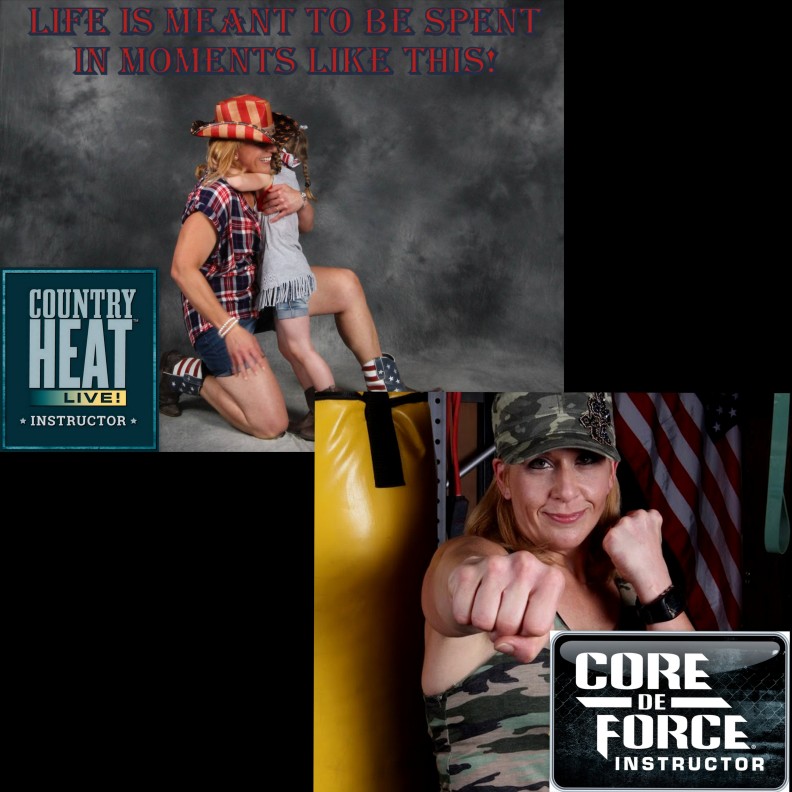 But all that said, and the fact that I am no longer ashamed of my past or my current issues, I am also no longer anyone’s victim!  My victim mindset is a thing of the past!

Do I still have “days”? ABSO-FREAKING-LUTELY!!!

WHY?  Some days I am not sure to be honest.  But over the last 9 years, the thing that helped me overcome those feelings of hopelessness more than anything, has been fitness.  Fitness does NOT come easy for me!  Yes, I do realize that that statement will surprise some people.  It is HARD!  It is hard EVERY DAY!  But I know that it makes me feel somehow better each and every day.  It has brought me health, both physical and mental, and even spiritual in a sense.  And it brought me another joy that I NEVER expected.  Every day, since I started inspiring others and especially since I started teaching fitness to others and then opening Phoenix Fitness with Body By BrendaT, it has brought me the joy of helping others on their path to their own wellness.

I CHOOSE Fitness everyday, because even though fitness is HARD, living my life the way I was BEFORE I found the outlet of fitness, was so very much harder!  I have this feeling of WANTING to be alive now.  Not simply existing until my inevitable death.  I will never be a “fitness model”, but that’s OK!  I can still be a fitness ROLE MODEL!  I will also probably never be free of the depression, anxiety, and being an introvert.  But that is also OK!  I am healthy, and each and every day I make a conscious concerted effort to being my best me.  Most days that is dressed, combed hair, showered, and OK to talk to.  But if on a Sunday you show up at my house, there will be weeks that not only will I be in my PJ’s all day,  but there is NO WAY I am answering my doorbell!  Those days are for me to be alone with ME and my family.  I am still OK, but I am a busy girl, and I need my time alone.  Time to “reboot”.  It is called self care, and it is NOT something I am ashamed of, it is just part of being ME!

So as we are getting towards the end of Suicide Prevention Awareness month, I wanted to make sure that not only did I write a blog post to address the fact that anxiety and depression do not always look like what you think it does, but that we all deal with it differently.  But I also want to express that being open and honest and talking about it is never the wrong thing to do.  And if you don’t know where to turn if the feelings of helplessness and hopelessness begin to take over, this is a great place to start.

View all posts by bodybybrendat

One Reply to “WHY I Choose Fitness Again and Again!”